​And all the rest
aka the "Mary Ann Medals"
The Professor and Mary Ann are two of the best characters on Gilligan's Island, yet were somehow left out by the main theme song (at least in the first season).

​The top section is the 'Mary Ann' gallery--a gallery for some favorite images from medals that are left out of the named themes on the other pages of this site.

Below the gallery are full pictures with varying levels of description of some examples.

'The Professor' page shows the left out coins. 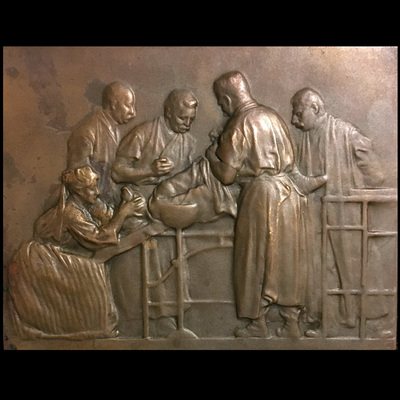 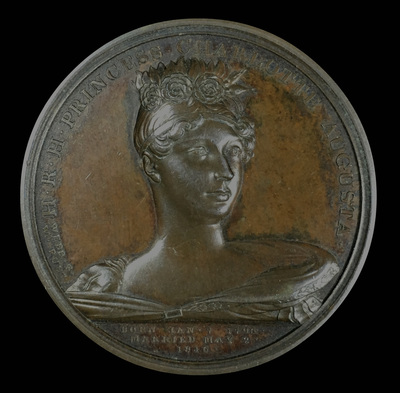 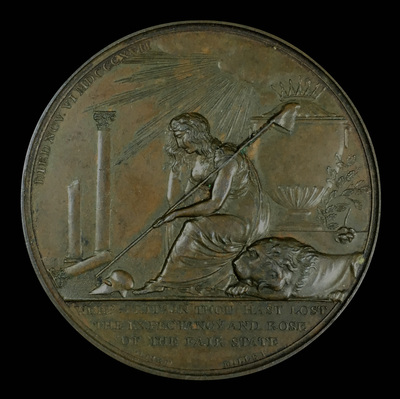 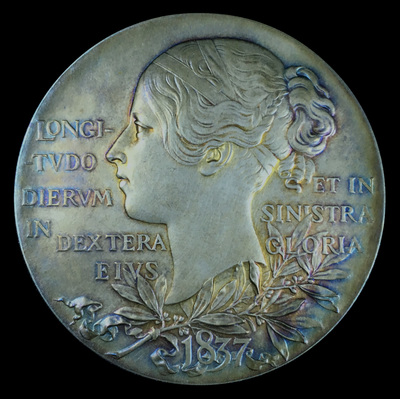 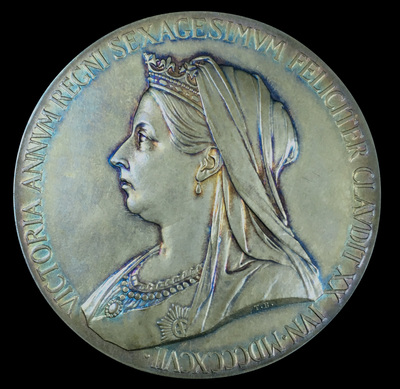 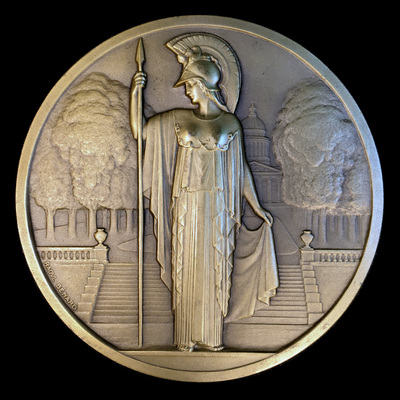 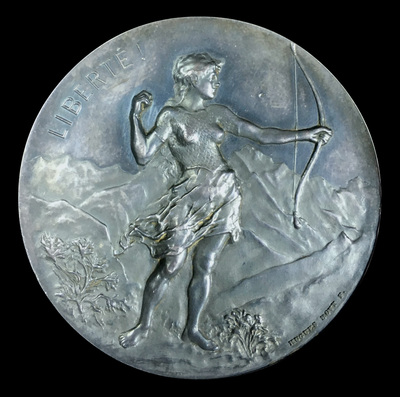 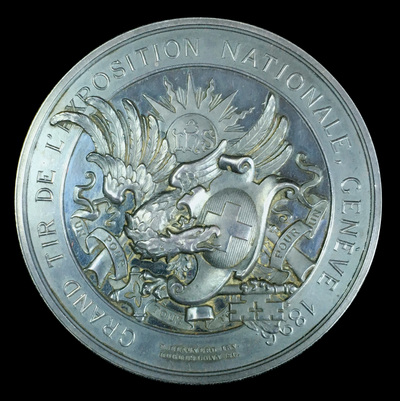 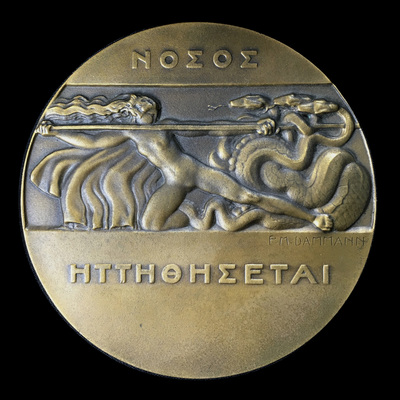 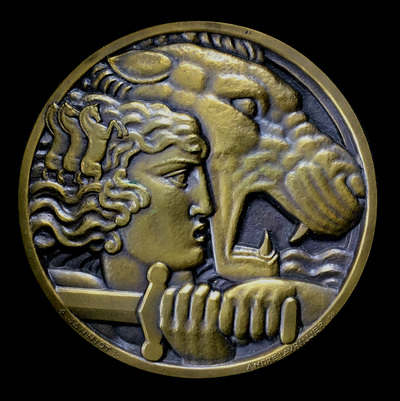 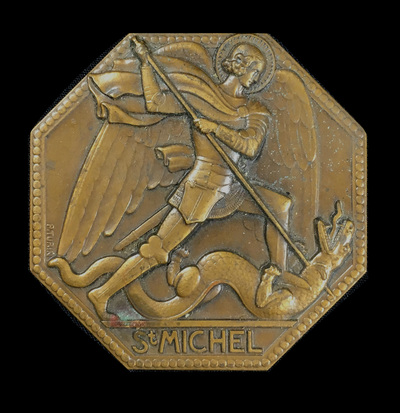 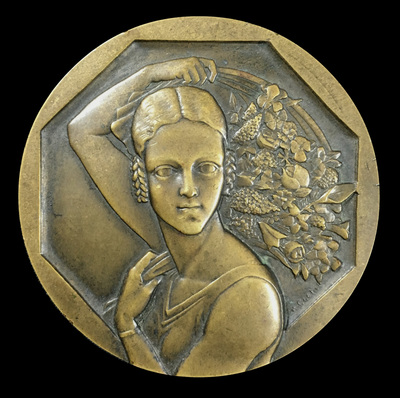 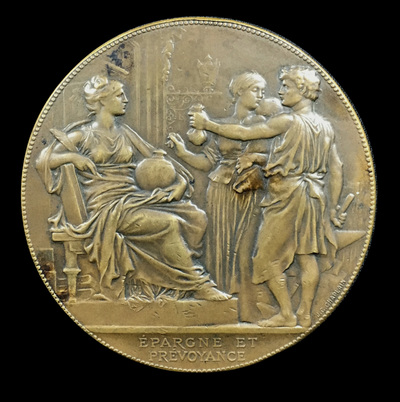 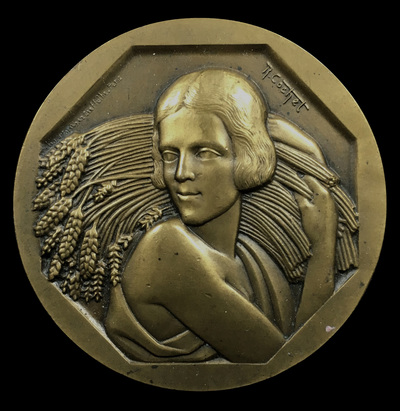 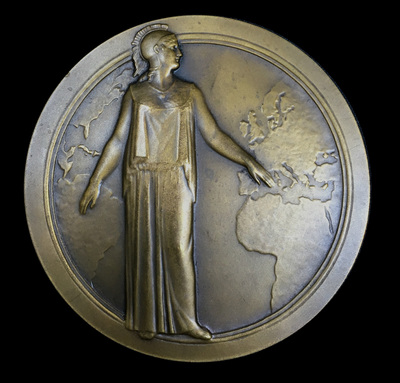 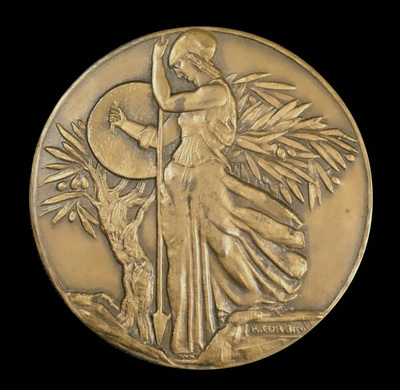 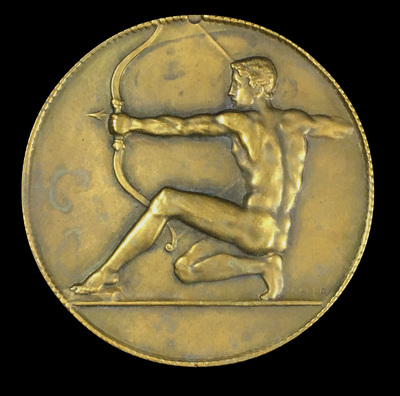 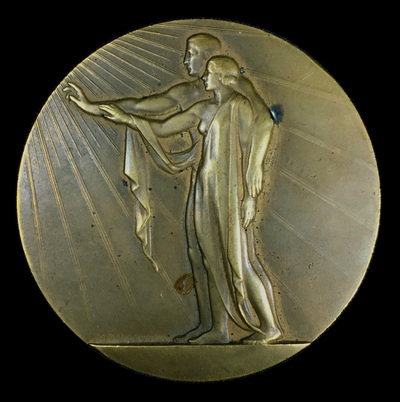 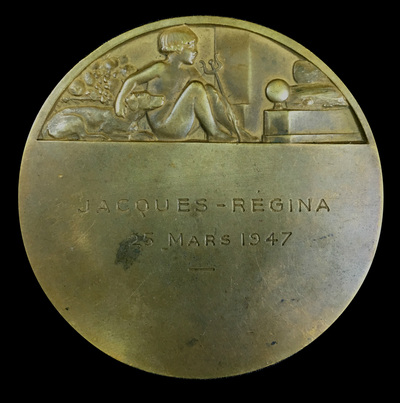 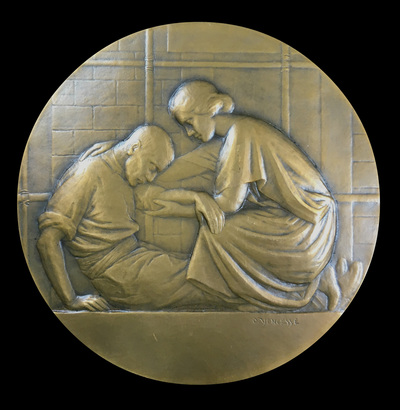 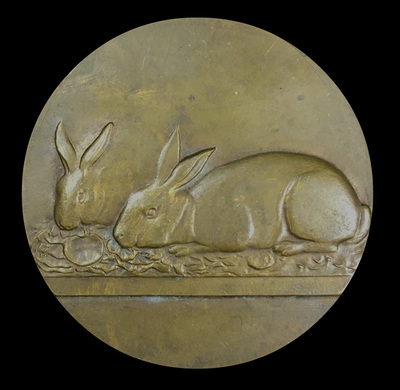 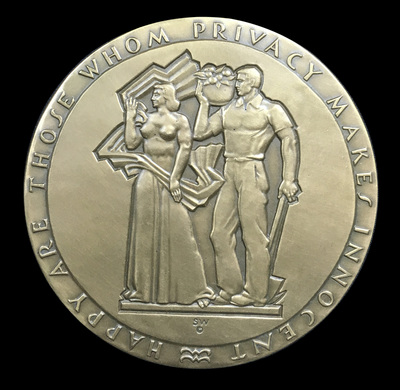 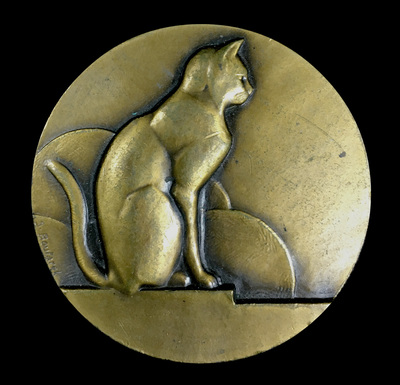 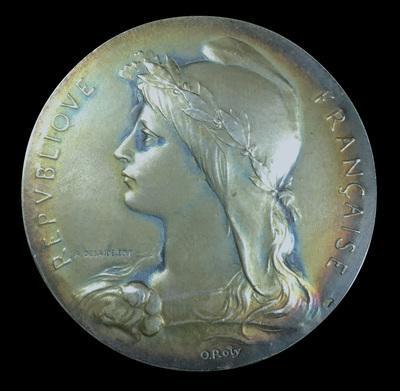 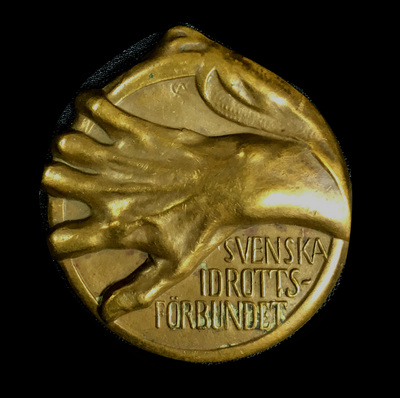 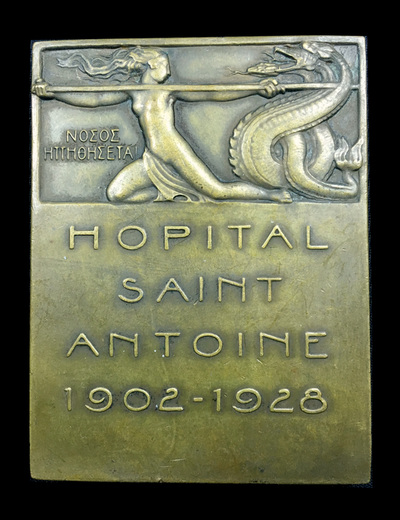 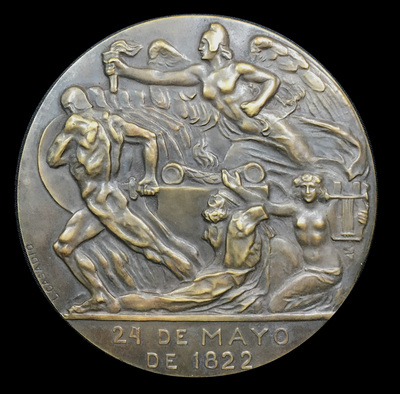 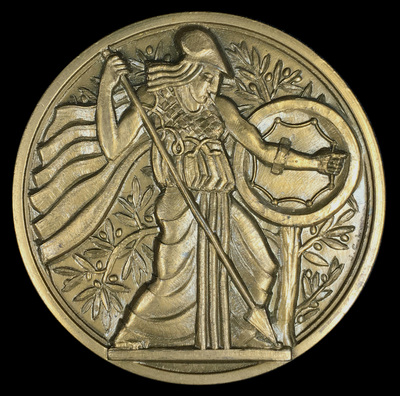 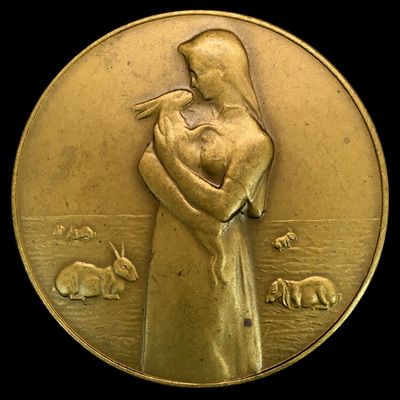 The 2012 Baldwins catalog (auction 74, part 6) write- up describes it as a scene depicting "perhaps the first realistic representation of a physical birth" with "Dr. Segond, three assistants and a nurse preparing for a delivery on the operating table".  The plaquette was shown at the Salon of the Société Nationale des Beaux-Arts in 1906.

In 1905 the use of ether or chloroform (which supplanted ether as it was effective, had a rapid onset and perhaps most importantly was not highly flammable) would conceivably resulted in just this scene given that inhaler devices were around by then. In fact it does look similar to a so-called 'chloroform cap' as depicted in the text Chloroform by Lawrie in 1901 (page 50 for photo).  The positioning would be expected in either a gyn surgery or a childbirth of the day.

​Chloroform text
​Baldwins catalog (lot 1853) ​
She declined marriage to the Prince of Orange and subsequently married, for real affection if not love, the somewhat impoverished Prince Leopold of Saxe-Coburg-Saalfeld.  It was a happy marriage and after two miscarriages she subsequently carried the next pregnancy to term.
​
She was cared for by Sir Richard Croft who was of the more conservative, lower intervention, school of obstetric care.  Early in pregnancy she gained excess weight and was subsequently put on a strict diet.  Bleedings were done as was standard practice for the time.  Thus she entered her confinement in a weakened state and carrying a large child.

Her water broke and she labored for 50 hours, apparently crowning for 24 of the hours with the baby in a malpresentation--either breech or more likely 'occiput' transverse' (head down but looking sideways instead of up or down...not generally favorable for a delivery) depending on descriptions given.

Signs of fetal stress were seen (meconium/passing of fetal stool) and indeed once she delivered, the baby was stillborn (and weighed 9#).

Princess Charlotte herself passed away about 6 hours later after heavy bleeding. Her death could have been due solely to the post partum hemorrhage (at risk given her length of labor and large baby) or possibly complicated by sepsis and/or DIC.

Sir Croft was heavily criticized for declining advice to use forceps (even barring an expert consultant from attending to the Princess according to some sources). Forceps may or may not have saved either of them, but would have improved the odds.  Sir Croft later killed himself, and thus the delivery is known as the 'triple obstetric tragedy'.

The Prince-Regent George and his wife, Caroline pretty much hated each other and no attempt was made for another child after the birth of Charlotte.  After Caroline's death (and after a failed attempt at divorce or annulment) the future King made no attempt at re-marriage or fathering another heir.  Subsequently the race was on with his siblings to produce an heir, with success by the Duke of Kent who was able to marry and eventually the future Queen Victoria was born.

Queen Victoria was quite prolific, and from Victoria's offspring the hemophilia B gene (suspected to be a spontaneous mutation in her mother) was introduced into ruling houses of Spain, Germany and Russia.

Interestingly Queen Victoria married Albert, the nephew of Princess Charlotte's husband (who, after Charlotte's death, became the King of Belgium.  He had turned down the offer to become the King of Greece so he progressed rather far from being the broke dude who married a Princess, but I digress).

One could argue that obstetrical choices led to rather dramatic historical outcomes.  Different choices might have at the very least, saved the Princess, who may have had a second child which would have likely resulted in a drastically different future.

In addition, the idea of interventions in the labor process gained traction including increased use of forceps, uterotonics (medications resulting in stronger and increased contractions in labor and more importantly, for reducing bleeding after delivery), and the idea of using pain medications.  Queen Victoria herself was a very early adopter by using chloroform for the birth of her last child, subsequently singing the praises and paving the way to modern pain management for labor.
The seller's (translated) description:  "IN PERENNITATE NOVITAS 1879 TWENTY SEVEN November 1929. The facade of the Palais du Luxembourg, with the flag of the Clock, leaning against the arms of the Medici and the French Republic. Below , a blank cartridge and the word SENATE . R / View from the Luxembourg gardens , taking the foot of the stairs of the Great Basin , towards the Pantheon. In the foreground, a statue of helmeted Athena, holding a spear in his right hand , and a fold of his robe in his left hand . 1929  This rare coin is part of the National collections one of them is preserved at the Museum of Orsay in Paris".