​Birds
A gallery of many of my favorite images from medals with prominent birth themes (particularly storks and eagles and frequently these are aviation related).
Below are full pictures and varying levels of descriptions of some examples. 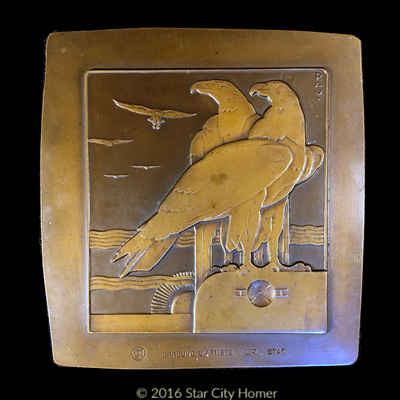 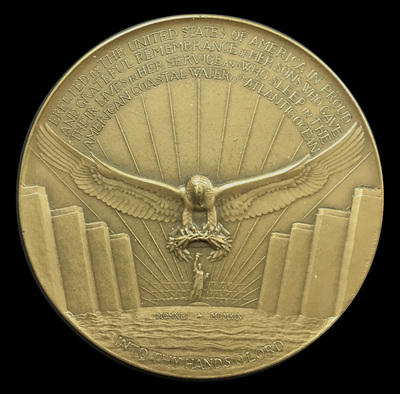 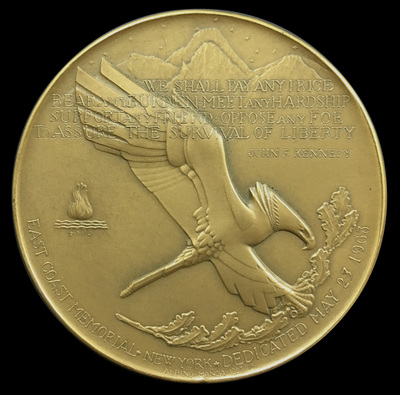 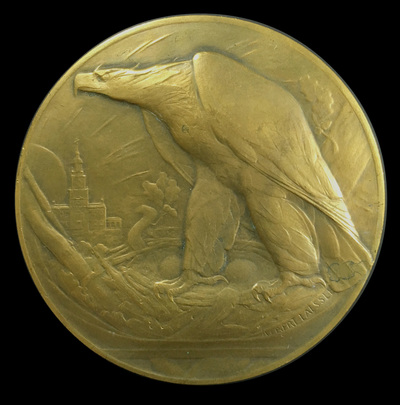 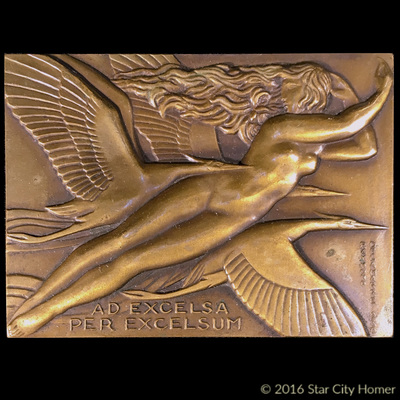 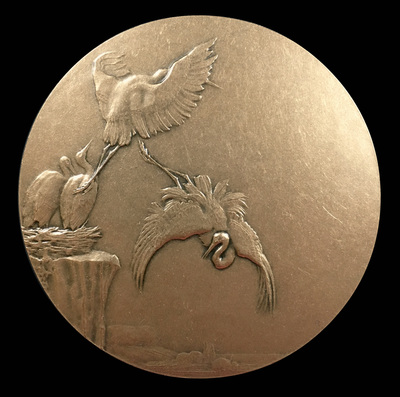 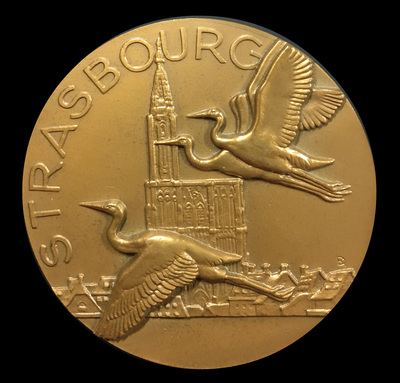 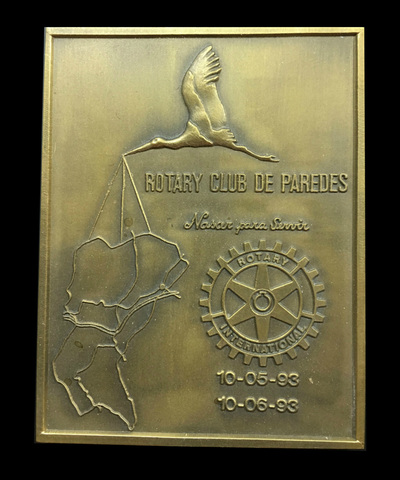 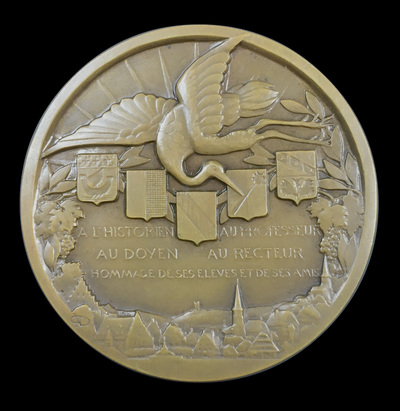 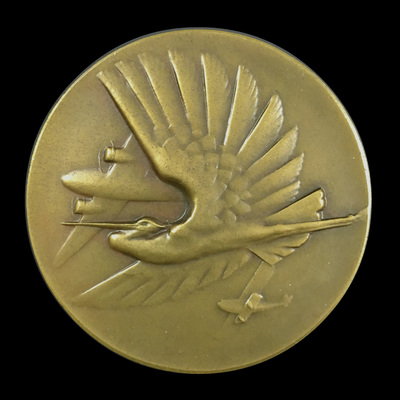 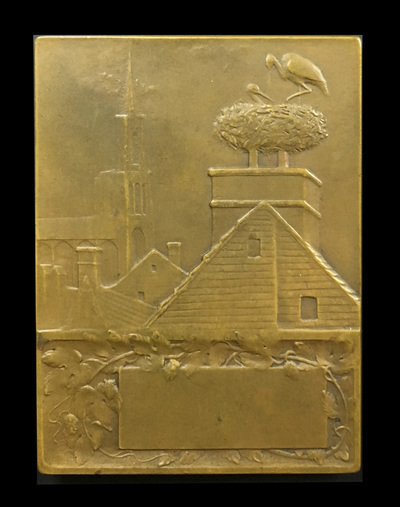 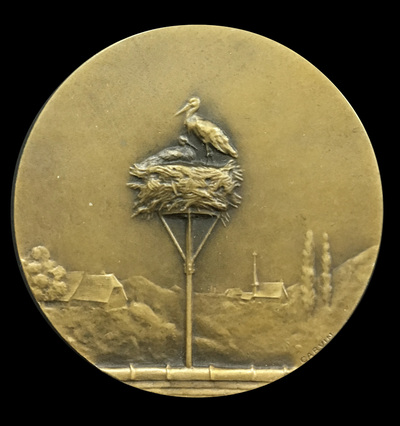 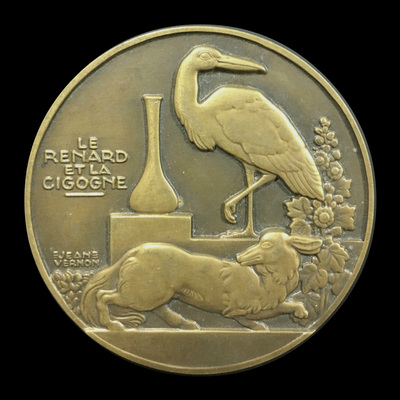 It features an adult eagle on it's nest (both males and females tend to the eggs so I hesitate to call it a 'mother eagle', though that may be documented elsewhere), with the Philadelphia's Independence Hall in the background.
The reverse features a more realistic eagle facing head on and carrying a wreath that frames the Statue of Liberty with "Erected By The United States Of America In Proud And Grateful Remembrance For Her Sons Who Gave Their Lives In Her Service And Who Sleep In The American Coastal Water of the Atlantic Ocean."

A busy and interesting medal.  It was one of the first I purchased (thinking the eagle theme a worthy one) and it was brought to my attention when it was posted on a message board with commentary about the unattractiveness of the obverse eagle (as in, 'what is that thing, a condor, a pterodactyl????).  I found it fascinating, as is the whole medal.  Somewhat tragically so, but fascinating.
Trying to confirm the sellers translation with google:

'kranz auszeichnung' = wreath award
'standeinweihungs' = stood inauguration
'schiessen' = shoot
​
so, by google-translate-speak, that is pretty close to what the seller stated. ​